Every journey begins with a first step. And every story ever made began with an idea. A seed of inspiration that was so compelling to its owner that they devoted years of their life to developing it into a premise, a concept, a series of drafts and, ultimately, a glorious final product.

The originating idea may be tiny, but it is also critical. The better you understand 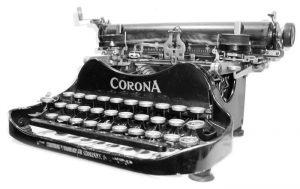 your inspiration and the message behind it, and the better you manage to remember that inspiration as you get deeper and deeper into your story, the more cohesive, authoritative and compelling the final product is likely to be. Why? Because that original germ contained something visceral — something that resonated with you and your mind and your life — and it is that which you must capture if the final story is to resonate with the minds of others. The human truth that sparked your idea is the human truth that has the best chance of gripping someone else.

So, first, I’m going to talk about how to work that inspiration, how to expand on it effectively in these embryonic moments, and then I will talk specifically about the seeds of the story we are developing through this project.

Begin at the beginning

It is difficult to generalise the nature of your inspiration, but most often, the inspiration is an expression of something that happens. A plot component. Here are some examples:

A story often has two components – the plot and the character. A good deal of the time, it is a plot element like this that comes first, however when a writer gets frustrated it is normally because they are locked on to the plot mindset – what happens – and they get stuck because they cannot think of what else can happen. The answer will always lie on a switch to the character side. So take the plot inspiration and begin to see it as a vehicle for a character. The idea must include a person and perhaps intimation of the literal or metaphorical journey they might make.

There are five components of character. They are: motivation; meaningful conflict; decisions under pressure; a character arc; and a moral argument.

To embrace these components of character in the context of the plot idea ask these questions of the character:

Let’s go through the first of the above plot ideas and incorporate the character drivers. The premise is that a crime is committed by a normally law-abiding person. OK so our crime must have a normal person. Let’s apply the questions to this criminal:

This is  the way forwards. Each event – what happens – has implications for the characters that MUST be present to deliver it, and then, in turn, every action the character takes is another event – ‘what happens’ – you can blend in with the next set of character actions and reactions.

And of course, you as the author have the delicious task of crafting problems into their lives to to make matters more difficult for them at every opportunity. In this way, what the characters do defines who they are, and what the characters do generates the plot. They intertwine and become one. Plot and character – one and the same thing.

But we are getting ahead of ourselves.

The above is a good starting point for your thinking, but of course, you will not get the premise perfect immediately. I have simply leapt from the starting point to Breaking Bad (in case you hadn’t noticed the source!) but there will, of course, be a lot – perhaps months or even years – of work before it starts to properly shape up.

Every story is some form of character journey, so the job in these very early moments is one of capturing an essence of that journey, reasons why it might be of interest and who might make that journey. Something in here is why you wish to tell your story, and it will remind you.

Do not worry if you cannot put yours in a nutshell immediately. This is the first, most basic, level. It may take you ages, and it should change a great deal before you are satisfied, so keep fluid. Keep flexible. Keep trying new things. Let your imagination flow, let your answers change – it is simple at this stage to embrace change and to ask ‘What if?’ and to let your imagination run wild. There is also another whole element of this ‘discovery’ phase, coming in the next post, but let’s get my film story up to this place before we address that.

Bella: The idea and premise

So the film story I am going to make began with my mother’s funeral. It was a sad day, and yet at the same time, it was a joyous celebration of her life. The seed that generates my story is this: How can a funeral, so definitive of death and driven by sadness, also be so joyous and positive?

OK. So I have a death. And I have a mourner or mourners who will be devastated, and yet somehow happy. The protagonist must surely be a mourner. Theirs is a journey through morning and grief. Let’s ask the questions:

The real problem you should be able to see here is that this will not be a very good story… A death and a funeral?! Hardly escapist wonderment for movie fans is it?! How do I make this into a proper story?

The answer is… we aren’t done yet. We have to take the above and present it using the secret keys to the power of great story: STORIFICATION. That is in the next instalment: Bella 2: The Story Seed Sprouts!

To follow the progress of this project, do please sign up by clicking here. Note that this short film project will be followed by the entire, detailed story development process of a book and a feature film, entitled Mayakin. A puzzle film in the style of Christopher Nolan, coming soon, so sign up!