From Little Red Riding Hood to Breaking Bad, the finest stories ever written have a moral argument at their roots. Understanding the morality in your story will help you: 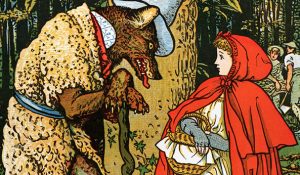 For story purposes, morality defines those behaviours that would generally be judged by most people to be ‘good’ or ‘bad’ behaviours. ‘Good’ behaviour is socially positive and ‘bad’ (immoral) behaviour will harm another person.

Whilst there is a clear morality at the heart of most stories based around a battle between the goodies fighting for the good of society and the evil bad guys behaving selfishly (all the superheroes, every police detective, James Bond, Harry Potter, Star Wars…), more complex stories still have their basis in morality, but with lots more subtlety. In Three Billboards Outside Ebbing, Missouri, the moral argument concerns where the line lies in the extent to which a member of the public can/should hold the police to account. Of course, we have to be able to do so, but at what point do we have to back off and say ‘well, they tried their best. Some crimes cannot be solved’? How do we legislate for that? Who polices the police? Notice how every character in Three Billboards is defined by their moral stance in terms of police accountability. Note how all the conflict is generated through these differing moral stances. See how the subtext we leave the story with is a moral lesson about how those who have suffered a crime should behave and be treated when they are angry, emotional, vengeful and desperately wanting justice. Look how the whole story is greater than the sum of its parts because the presence of the morality throughout gives the story its theme. Everything – every character, every event, the whole story and its subtext – is threaded through with this moral question and this unifies the story and gives it authority and cohesion.  It’s a very good story, and I argue that this is to a great extent a function of how the moral argument is used to craft characters around what I call the moral maypole; each individual moral stance joins them to the pole, and forces them into conflict when they take action.

Often in the finest stories, the good guy becomes immoral themselves in order to overcome the bad guy. In Back to the Future, George McFly (Crispin Glover) has to beat up the bully Biff (Thomas F. Wilson) in order to assert his morality. In The Shawshank Redemption, Andy Dufresne (Tim Robbins) has to break the law – he is responsible for a murder and breaks out of prison – in order to assert good moral justice. In Three Billboards, Mildred (Frances McDormand) is the victim of crime, but ends up committing crimes in the pursuit of justice.

This is a powerful dynamic for a writer, as the protagonist finds themselves not only fighting the forces of antagonism, but also fighting their allies who can no longer support the course they are taking once they cross a moral line. I don’t want to give away the ending of Three Billboards, but the change in Mildred is the key to exemplifying the morality at question, and to give us in the audience the thoughts on the moral question to take away into our real lives and think about them. This is storification. This is what makes a story an extraordinary and powerful experience. This is what makes the finest stories so fine.

The bad guy is, of course, half of the moral argument and it is important to work on their moral foundation. In great stories, the bad guy’s actions and moral stance should at least be understandable, not simply out-and-out evil.  In Three Billboards, the antagonism that delivers the story comes from the actions of Mildred on one side, and the police on the other.  All ‘good’ people, but with different moral perspectives. 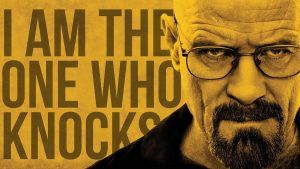 g to support a protagonist who was behaving immorally. Walter White (Bryan Cranston) begins the series as a chemistry teacher. He is dying of cancer, so decides to use his chemistry skills to make drugs in order to make enough quick money to provide for his family after his death. Understandable. It’s amazing how we keep rooting for him long after he becomes a murderous drugs lord! Note how, when immorality appears to win, it is generally crafted to shine a light on the good that lost. Jesus died (immorality wins) but he died to save us all (society – and moral goodness – ultimately wins). When we laugh at the political incorrectness in, say, South Park it is our recognition of what is right that causes us to laugh.

The film Juno is an example which wears its morality up-front and centre. The moral argument is the issue of ‘teenage pregnancy’. Set up your moral maypole, then give a ribbon representing each moral stance to a character and start the dance: abortion, under-age sex, father’s responsibilities, adoption, babies-as-commodities, pro-life, pro-choice… there is no bad guy in Juno. The conflicts come from the different stance each character adopts on the moral issue, and Juno herself (Ellen Page) is there in the middle having to make a decision – a life-changing, difficult and grown-up decision – in her young judgement. We learn life lessons from this story, and the moral-as-theme is not only central to every character and every scene, but also a terrific example of how you can and should use morality in defining the characters, conflicts and events of your story. Once again, it is worth noting that our protagonist, Juno, behaves immorally. In having underage sex she hurts herself and those around her.

So understand the moral issues under discussion in your story and you will have the secret to authority and cohesion. Does that morality imbue every sequence? Is every character in your story motivated by a moral stance in the moral argument your story presents? Are your conflicts driven by the differing moral positions between the characters? Does your protagonist become immoral (i.e., hurt themselves or others) in the actions they take to achieve their aims?

If the answer is yes, your story will have beautiful, complex, dimensional beauty of the type that characterises the most highly rated stories.